You are here: Home / Homeschooling / Autism and Stuttering Therapy
This site uses affiliate links, which cost you nothing, but do help to support this site's maintenance and fees. Read my detailed Disclosure Statement here.

The whole group is going to a low ropes team-building course, and my husband was invited to go along.

We’ve been missing him, our 14 year old, and he’s not even been gone for a week. Being invited to go along on the ropes course adventure was both exciting and a relief for my husband. He’s not handling this D1-away-from-home thing very well. Probably because the boy has been so busy that he hasn’t Skyped us every day like he had been planning to.

As in, he said he could not go to this program for 21 days unless he could Skype with his parents every day. Never mind that he has gone to summer camp for a week every summer, without so much as a phone call (and we did not expect one).

This program. Sigh. This boy. After so many years of speech and occupational therapy, living our lives in a waiting room for two hours, three days a week, it was a relief to not have to. Any more.

Except that a couple of years after being discharged from speech, D1 developed a mild stammer, which became a stutter, which started getting in the way of normal conversation with him. As normal a conversation as one can have with a high functioning Autistic boy whose current passions are making sure everyone he knows is ready to do the free Windows 10 upgrade, earning new songs for Smule, and anything having to do with Minecraft.

The stutter is becoming something that frustrates him.

We took him back to his old therapy office for a speech evaluation last fall. They agreed that the stutter is an issue. Trouble is, they cater to early onset stutterers– as in preschool aged kids through early elementary. They told us they just aren’t equipped to handle a late-onset stutterer. D1 had just turned 14, so the preschool games they use for therapies really would be inappropriate for someone his age.

They referred us to a program at Eastern Washington University called the Successful Stuttering Management Program, or SSMP as the students call it. They have been in operation for 30 years, and the SSMP is one of the highest acclaimed stuttering management programs in the world. They have students from other countries every year. This year, there is a man from Ireland!

D1 is there now, 15 days into a 21-day intensive therapy program geared at helping stutterers overcome their blocks and the social stigmas and anxiety that go along with them. We will visit him tomorrow, and I was told that we should also come at alternate times during weekday sessions so we can be a part of it and see what it is he’s learning to do.

We sent our Autistic son to a college campus, to live there for three weeks, with 28 other people he does not know.

And he was totally excited about it!

He is the youngest, at nearly 15, with another boy who is 16 who is sharing a 3-bedroom dorm suite with him, and a 19-year old being the next youngest. We are praying he showers and brushes his teeth. That he doesn’t annoy people with talk about Minecraft. That he fits in.

All the things a parent can pray about their child, we are praying. The other students are over the age of 24, some in their 30’s (married, with kids), and most of their clinicians are college students working in a Speech Communications degree program to become Speech Language Pathologists.

College GIRLS, I should say, as when the group came through to introduce themselves last Sunday, they definitely got the attention of the three aforementioned young men, with D1’s roommate grinning shyly and stating, “I think this is going to be fun.”

If you know a stutterer who might want some help, the SSMP is highly recommended. Founded over 30 years ago, they have a wonderful success rate and their students come back year after year as mentors for new students, which definitely speaks to the impact it has on them. The video below is of Dmitriy, who is one of the mentors in my son’s group this year. He went through the program when he was 16, and is now in his 20’s. This is his before and after video. Remarkable! 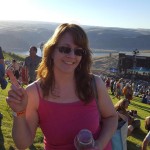